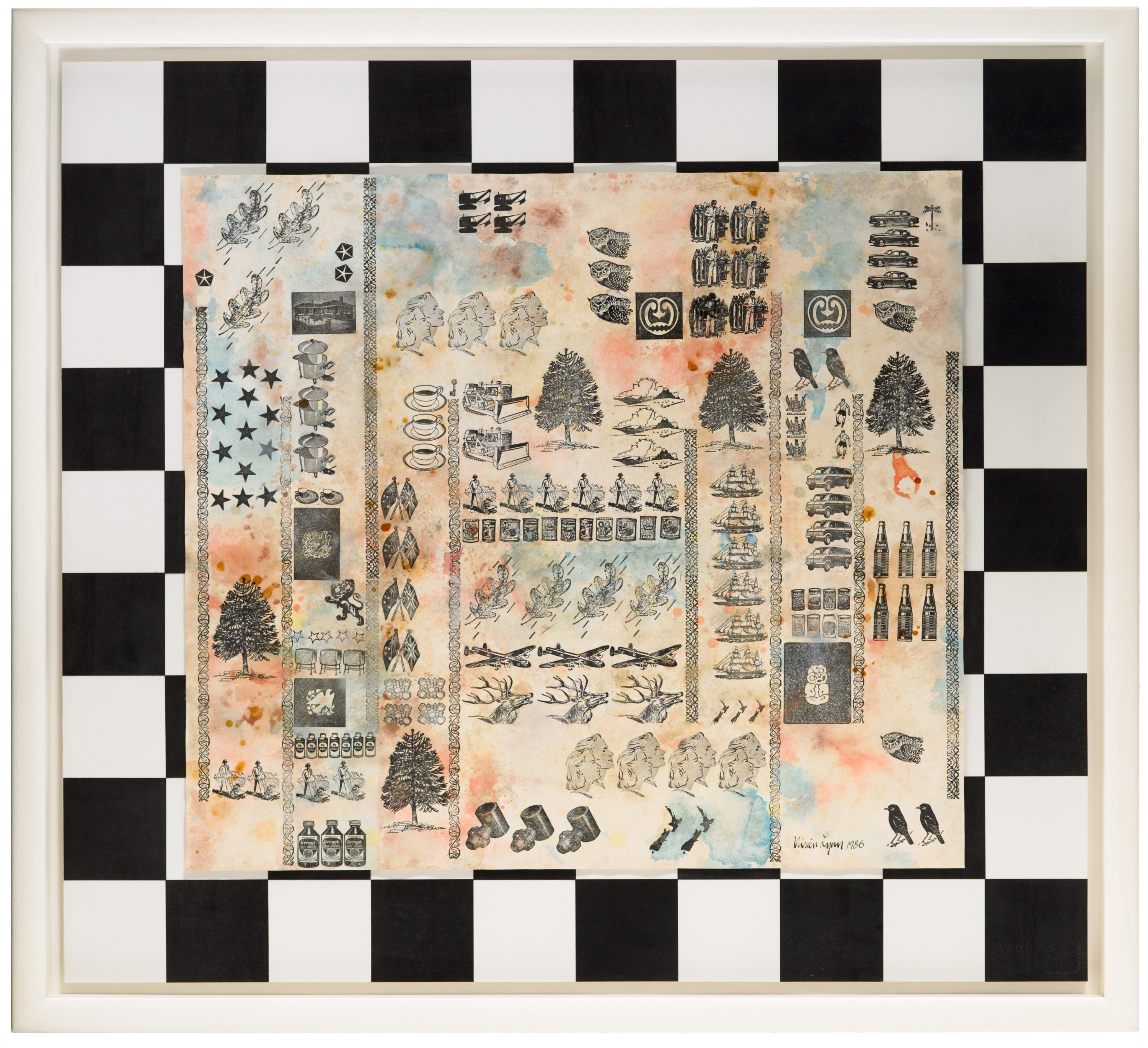 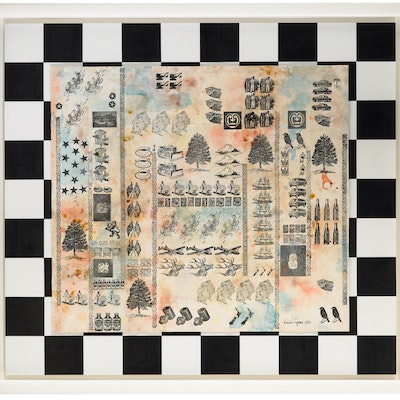 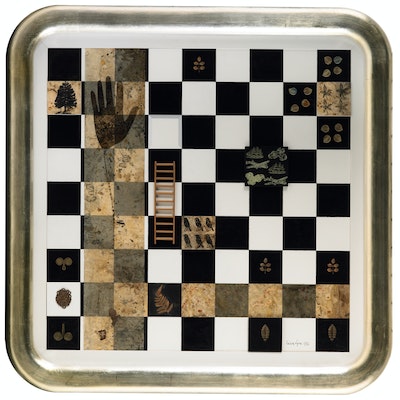 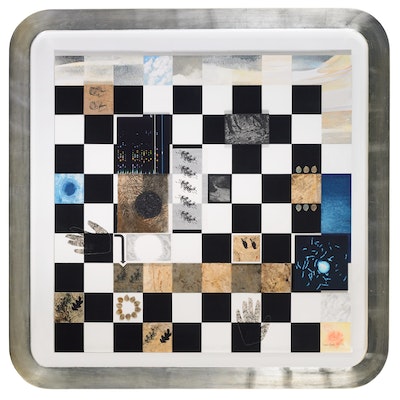 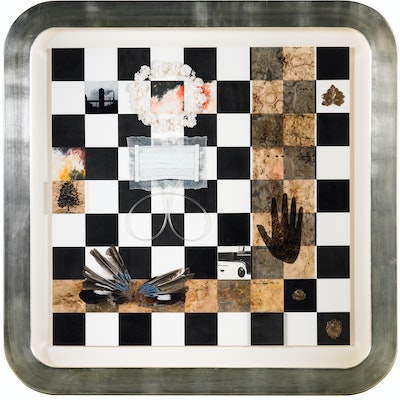 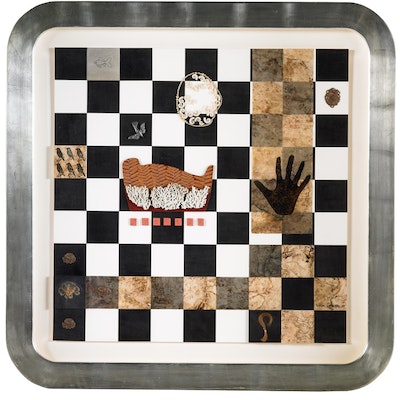 Extract from unfinished essay, 'Development of Art in NZ over my lifetime':

"The way I saw art develop in NZ over my life time. The zeitgeist and art of each period (the 1950s, 60s, 70s, 80s and 90s) were inextricably tied together. My picture of this web of cultural (social, political, religious, educational, etc.) influences, which shaped expectations, desires and questions, out of which an art community emerged, has to begin with an awareness of the desperation, humiliation, sorrow and anger born of the depression years, into which I was delivered, and what it meant to grow up with the ideals, become reality, of a Labour/Socialist government. 'Book of 40 Images', has the cut of these early cultural influences. Fifty years later, I made a work on the theme titled, 'The Promised Land', the first in the series titled, 'Drawing Connections'."

Where Made: Wellington, New Zealand