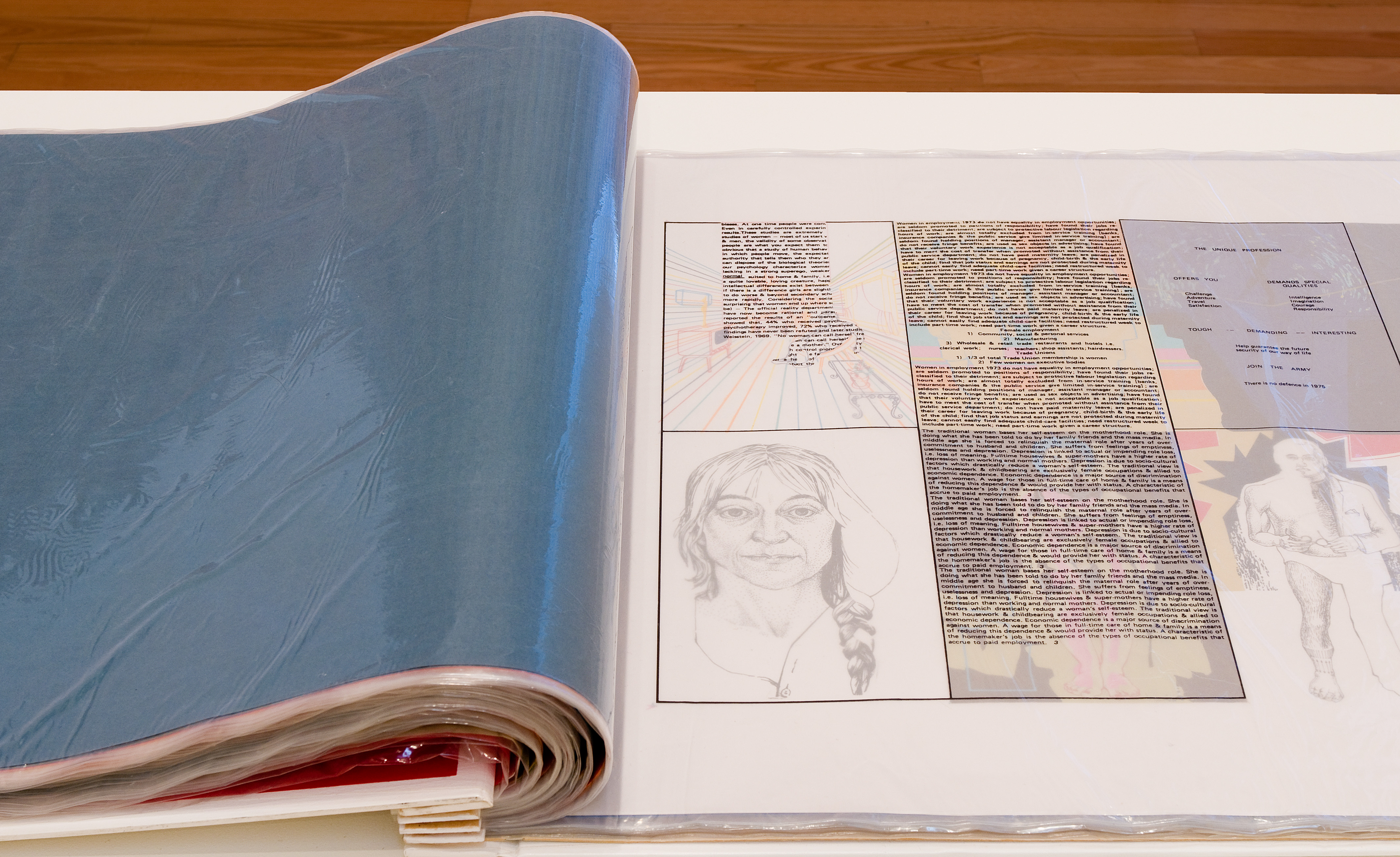 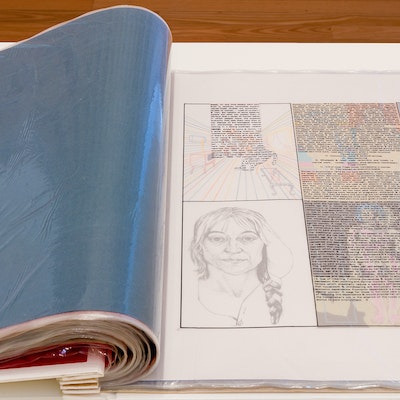 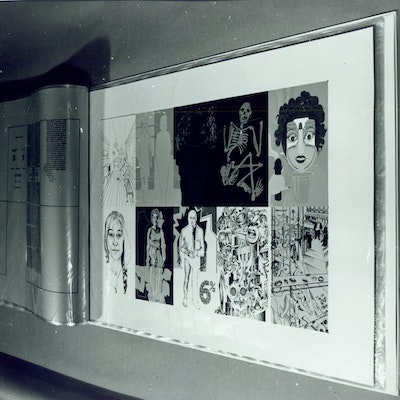 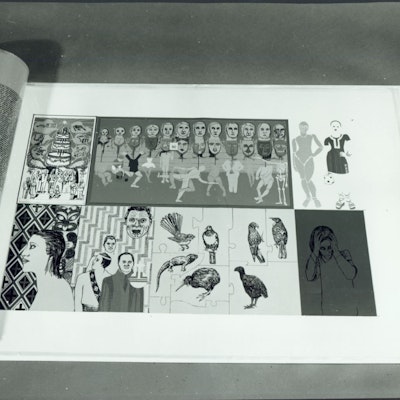 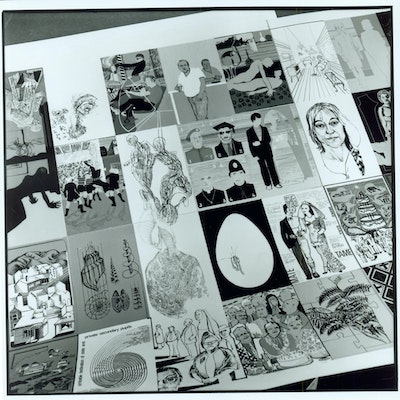 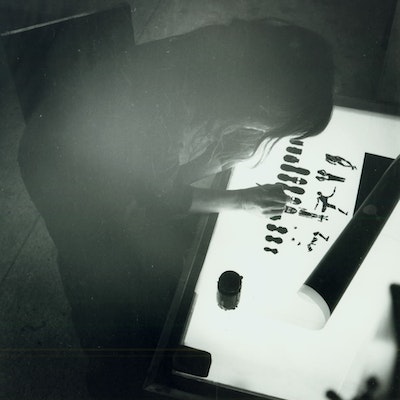 Description: There is something to be said about the position which book of Forty Images, 1973-74, occupies in the development of my work in the decade before the book was made (1962-72) and in the decade following (1975-85). The 60s decade culminated in Book of Forty Images, an object which deconstructed the notion of a book thus providing a proposition which my next decade of work through the 80s would investigate. This was that the meaning of an artwork lay not in its content but that a work had an entire construction of meaning.

So my 1960s art practice enabled a measure of independent thought through my study of existentialism, phenomenology and ecology but not without difficulty. Driven by a political imperative different to the canon then dominating NZ art and in the context of colonialism as the predominant motif, I had studied and considered a kaleidoscope of Modernist and (what were later defined as) Post Modernist issues. Art “movements” and the ideas behind them of interest to me, after Courbet, were Dada and Art Povera, (Tapies, Duchamp and particularly Picabia), Abstract Expressionism, Pop Art and McLuhan.

Broadly speaking, the 1960s are epitomised by the anti establishment movements of the decade, European Philosophies, especially existentialism, and an openness to meaning and authority as feminist politics came in to play in work, art and discourse.